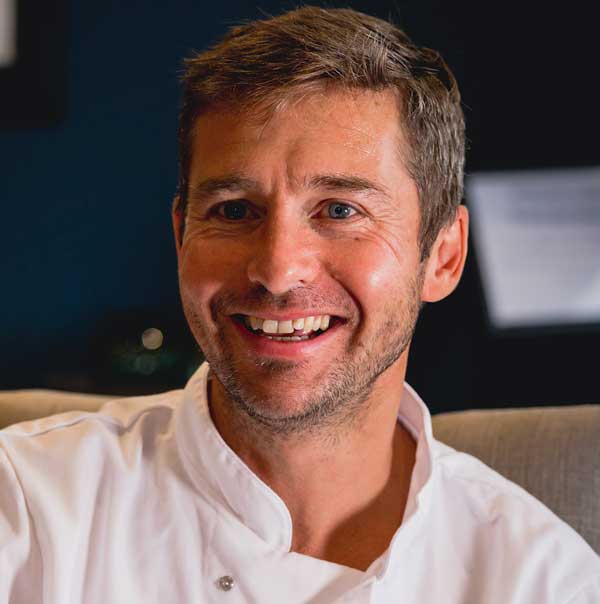 Matt is Head Chef and owner of the Waterside Bistro

Matt grew up in the South Hams,  started his career in Devon and then spent ten years working in top hotels and restaurants including Scotts of Mayfair and fish restaurant Live bait as head chef.

When he graduated, Matt moved from the Westcountry to work at the Sloane Club in London, and was soon hired as Sous Chef at Scotts of Mayfair. Meanwhile Delphine, from Angers on the river Loire in France, came to London to work at L’Escargot in Soho, Le Gavroche in Mayfair, and then as manager at Bertorelli.

Matt became Head Chef of the leading fish restaurant Livebait, and soon after, Delphine became the Restaurant Manager. They hit it off from the start, and soon decided to make a life together. After years of working around London, Matt and Delphine’s careers were about to take a dramatic turn.

Matt returned to the South Hams with Delphine over ten years ago, and now the couple run and own  the Waterside Bistro on The Plains in Totnes.

The restaurant enjoys an enviable, reputation for excellent friendly service and good food at a great price, using fresh, local produce and with seafood a speciality!